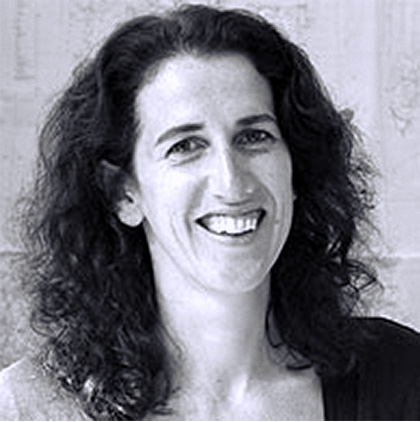 Sue Buckmaster is the Artistic Director of Theatre-Rites and the fourth generation of theatre practitioners in her family. She has many years of experience as a director, puppetry specialist and teacher, and has worked with a wide variety of companies including the National Theatre, Royal Shakespeare Company, Young Vic, Sadler’s Wells and Complicite. In 2015 she will work with Akram Khan, directing Chotto Desh; a version of his award-winning production Desh for a young audience, before creating Beasty Baby; a co-production between Polka Theatre and Theatre-Rites which will run from October 2015 to January 2016.

Sue has created ten theatre and eleven site-specific productions for Theatre-Rites. In 1996 she co-directed the company’s first production Houseworks with co-founder Penny Bernand. Houseworks was the UK’s first site-specific production created for the under 5’s and is considered by the Guardian’s Lyn Gardner as one of her desert island theatrical experiences. Under Sue’s artistic leadership Theatre-Rites has consistently supported a range of artforms to develop an infrastructure for work created for young audiences. When Sadler’s Wells wanted to commission their first contemporary production for children they turned first to Theatre-Rites and then introduced Sue to choreographer Arthur Pita. Together they created the award- winning Mischief. Sue’s work regularly involves cross-artform collaborations. With Theatre-Rites she has worked with puppeteers, sculptors, animators, choreographers, Iranian daf drummers, world jazz percussionists, djs and magicians – to name but a few.

Sue also works as a puppetry advisor/specialist on productions outside of Theatre-Rites, including as head of puppetry for the acclaimed Peter Pan originally performed in Kensington Gardens, which then toured the US.